At Alandis Travel, we are highly conscious of sustainability so we contribute to different local initiatives and projects. One of those projects is Akokán in Cuba.

We are committed to minimizing the impact on the environment by balancing the use of environmental resources, respecting socio-cultural roots, and contributing to activities that generate income for local communities.

Akokán is a success story of cultural preservation at the heart of Havana.

Proyecto Akokán is a sustainable development initiative that both works with, and comes from a marginalized neighborhood in Havana, Cuba.

The journey started in 2016 by putting together and carrying out a strategy to realize the historical, cultural, patrimonial, architectural, religious, environmental, and human potential that coexists in “Los Pocitos” – a socially underprivileged area of Havana.

Los Pocitos arose in the 19th century as the second foundational site of the old town hall of Marianao, which became the second most important in Cuba. It was populated by the wealthy people of Havana, who, attracted by the fertility of the Quibú River, one of the most important tributaries of Havana, built their summer cottages and the Fuente del Chorro in 1836 to protect its springs. The springs are known to have medicinal properties, but sadly they are now in danger.

After the abolition of slavery in 1880, the ex-black enslaved people settled on the margins of the road that led to the lower part of the river, which today is known as La Escalera. The neighborhood grew with the customs and religiosity of its inhabitants. It has the second largest number of Abakua temples in Havana (a religion practiced only by men). At the same time, it has an extensive natural area that serves as a green lung in the middle of the city and makes agricultural work possible.

Applying the ODS, they set themselves the task of empowering the community through socio-educational processes. Proyecto Akokán’s community classroom houses a library with more than 6,000 literary works. In this space, various workshops are held for all age groups.

They facilitate research and innovation processes for development, together with academic institutions and entities. They have 12 research theses on various topics that help the development of the community.

Proyecto Akokán provides quality spaces and socio-cultural services to the community, emphasizing its most vulnerable areas and socially disadvantaged people. These spaces are the patios of solidarity, which are not only spaces for agricultural use. Many of the products are donated to vulnerable people and benefit local gastronomic businesses. Inclusive and intergenerational activities are also carried out in these spaces. They also hold the Akokán Festival of art and innovation once a year. It’s carried out with the support of the community, volunteers, and other entities.

Proyecto Akokán manages volunteering and alliances for the sustainability of the actions promoted by the project and articulation in networks. It is a positive work strategy that benefits both parties. Volunteers perform their work for academic improvement and personal satisfaction, and Proyecto Akokán benefits from the work provided. The alliance of the three key actors, government, civil society, and the private sector, is vital for the community.

We contribute as much as possible to this project because we firmly believe that what they do is essential because it helps develop a socially underprivileged community with great potential. It provides employment opportunities and educates the young, providing a better future.

Our story working with Proyecto Akokán

For us, our greatest success is the participation of the community as part of the management group. The community is a vital decision-maker in all important decisions.

Carrying out workshops on gender violence, recycling, urban music, theater, and others within the Abakua temples.

Providing resources to 8 “patios” (see above) led by women, creating social and environmental awareness, and accompanying them in marketing their products.

Alliances with national and international NGOs, research institutes, and universities.

Carrying out this work from civil society in a neighborhood with many problems is a great challenge; the community only becomes part of the transformation process if it feels a sense of belonging. At this point, our work focuses on identifying formal and informal neighborhood leaders and involving them in the activities. The actions carried out are inclusive and intergenerational.

Facing the problem of sustainability: how to finance the actions without depending on governmental financial support? To solve this problem, we created a local gastronomic enterprise (Café Oddara) that allocates 20% of its profits to the Akokán project. We are creating a fair trade store (Ewé) with the same social and solidarity economy philosophy. However, on this point of sustainability, the work of international cooperation and the alliance with international universities are fundamental.

There are many people, organizations, and institutes that support Proyecto Akokán. It is worth mentioning the Félix Varela Center, a Cuban non-governmental organization. They provided us with support for the management of international collaboration projects and support in the training of the working group. Without this help, it would not have been possible to carry out a series of actions.

The work with North American universities was fundamental for the project’s development and the driving force behind the birth of Proyecto Akokán.

Our perspective is that of a non-governmental organization. In Cuba, there is no law authorizing the creation of this type of organization. So we are in the transition of becoming a Local Development Project.

Although it is said that Los Pocitos, Cuba, doesn’t suffer from poverty, there is an area there, Indaya, in danger of disappearing. Its inhabitants come from the rest of the island to the capital in search of new opportunities. They live in unfavorable conditions. Our work is to empower them through socio-educational processes and resource management to be self-sustainable and improve their quality of life.

An important neighborhood area has green zones (Callejón de Andrades), and most neighbors have deep roots in agriculture. However, they need support to carry out their activity successfully. Therefore, through educational processes such as permaculture workshops, food conservation, healthy eating, resource management, seed banks, the study of soils and water, management of native plants, and variety in cultivation, it has been possible to see great progress. These patios contribute to the development of local gastronomic enterprises. They provide their products free of charge to vulnerable families, children’s circles, and senior centers and market them in the community.

Talks have been held to prevent sexually transmitted diseases. Pregnancies at early ages. We have mapped areas where the use of illicit substances and the harmful consumption of alcohol predominate to strengthen support for people in this problem and prevent the spread of these substances.

The number one specific objective of our work is inclusive education for all age groups as a basis for development. We work in close collaboration with the community’s elementary school.

We organize gender workshops, and we work on female empowerment.

Proyecto Akokán has an alliance with the Ministry of Water Resources to install a water treatment plant on the banks of the Quibú River, which is in a state of contamination. We promote the care and sanitation of the river.

Through the management of resources and with the support of foreign financing, we installed a solar panel irrigation system.

They identify entrepreneurs with small businesses and provide them with legal support, sales management, economics, use of networks, and promoting social and environmental awareness to generate jobs for the locals.

One of our areas of work is to apply the Placemaking methodology, in which it is the community that dreams of its urban space. We work together with the heritage university. And cultural heritage preservation work is carried out.

They encourage the efficient use of resources, as is the case of bamboo, which is found naturally in the area. They conducted the study and want to project the construction of the eco-park, applying the bio-construction using the bamboo resource. It would be a center of co-creation and co-innovation.

Through education, we have a system for collecting organic waste for the elaboration of compost to enrich the soil of the solidarity patios and as food for the animals. They promote the trade of local products and healthy and environmentally friendly tourism.

We strengthen resilience and the capacity to adapt to risks related to natural disasters, such as cyclones, tornadoes, and river flooding, which is the most common in the community.

In the case of the tornado that hit part of Havana in 2019, we moved to the affected areas outside the community and offered our help with psychological support using art as a tool for well-being.

Without all the alliances we’ve created, it wouldn’t be possible to carry out all the work that we’ve done. It’s vital we continue to fight for unity between the three key stakeholders, civil society, the government and the private sector.

Learn more about this project

Send Us A Message 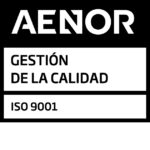 Receive travel and education information directly in your inbox

Where should we send you it?

Where should we send you the brochure?